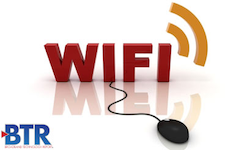 802.11 ax, commonly known as WiFi 6, is the next WiFi standard ready to gain traction in the WiFi CPE market, ABI says. Supported by key features such as OFDMA, 8x8 MU-MIMO, WiFi 6 can provide a peak data rate up to 10 Gbps. WiFi routers, gateways, and APs supporting WiFi 6 have hit the market over the past year. Device makers are also increasingly leveraging WiFi 6 to mesh systems to improve whole-home WiFi. WiFi CPE vendors such as ARRIS, TP-Link, and Netgear have announced WiFi mesh systems supporting WiFi 6. For higher efficiency supported by WiFi 6, networking devices with the standard are expected to gain momentum in the next two years in both retail and service provider segments.

For service providers, the ability to support better home WiFi networks is vital for reducing operational cost and churn. Partnerships with CPE vendors to offer next-generation WiFi CPE while expanding gigabit network coverage is essential for service providers. Strategies such as integration of the latest WiFi standards into broadband CPE, leveraging smart home applications and features such as voice-control platforms, can help service providers differentiate their services from competitors. Whole-home WiFi mesh systems and devices supporting higher WiFi standards are expected to boost the WiFi CPE market growth in the next five years. ABI Research forecasts that a total of 254 million WiFi CPE units will be shipped in 2024 with more than half of them supporting WiFi 6.