To Target, or Not to Target (Ads): That is the Question

Over-the-top (OTT) video distribution is now a firmly established means to deliver content to consumers. And one valuable aspect of OTT distribution is that it's unicast - meaning there is a one-to-one relationship ... 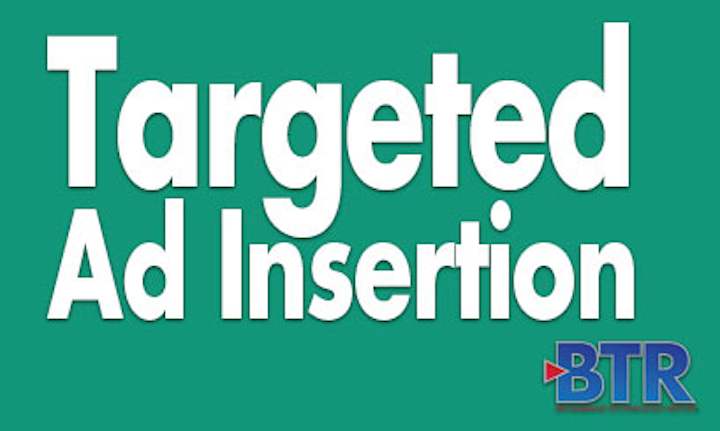 To Target, or Not To Target (Ads): That is the Question

Over-the-top (OTT) video distribution is now a firmly established means to deliver content to consumers. And one valuable aspect of OTT distribution is that it's unicast - meaning there is a one-to-one relationship between the client and the service provider, enabling ads inserted into video content to be targeted to specific viewers. Ad targeting holds great promise for service providers, arming them with the potential to increase revenue per impression and create new monetization opportunities.

Consider a hypothetical service provider, called VSP, that has 1,000 viewers. Factoring in some overlap, VSP's viewership can be broken down into three groups of 400 bird, cat and dog owners. Bird, cat and dog advertisers want to market their products to VSP's customers and are willing to pay to reach their respective potential customers. But cat advertisers don't care about advertising to dog owners that don't own cats, and so on.

VSP currently runs three ads in its morning show without employing targeted ad insertion, so all 1,000 viewers receive the same ads at the same time. VSP sequentially runs one bird product ad, one cat product ad and one dog product ad, charging the respective companies $20 CPM (cost per 1,000 views), earning a total of $60.

After some consideration, VSP decides to employ targeted insertion. They explain to their advertisers that they can reach their respective desired targeted audience and pay the same $20 fee. With a targeted campaign, the pet ads are sent only to the respective pet owners. The CPMs rise to $50, because for the $20, each advertiser only sends ads to 400 viewers. During the three ad opportunities in the morning show, the pet advertisers only use up 1,200 of VSP's 3000 impressions, creating 1,800 ad opportunities that were not available without targeted advertising.

In a universe of only dog, cat and bird advertisers, there is no more advertising money to be had, and VSP still earns only $60 for the three ad slots in their morning show. In this scenario, the extra impressions could be used for promotions or public service announcements. Or the extra 1,800 impressions could be sold to advertisers that currently publish ads in print, radio or on the web. And even if they are sold at low CPMs, say $10, VSP can add another $18 of revenue, which is a significant increase. However, if VSP can lure other advertisers to their audience, such as car advertisers willing to pay an untargeted rate of $20 CPM, they can potentially generate really significant revenue increases.

In the real world of broadcast advertising, a few things differ from our fictitious model. First, dog advertisers may not mind having their ads go to cat owners - they may be building a brand or plan to add cat products in the future. So they might not be willing to pay the same overall amount to reach a smaller audience, even if they reach the same core target audience. It's more likely that an advertiser would be willing to pay a little less to reach just its core audience. That's a business driver for adoption of targeted advertising, and the reduction in spend is not a problem for service providers because they are compensated by the extra ad opportunities created.

The answer to the question of, "To target, or not to target?" That's an easy one: Target!

LTN Global, a provider of IP video transport solutions, has entered into an agreement to acquire Crystal, a provider of software to automate the monitoring, control, and metadata ...
BTR Staff
Jul 17th, 2019

Comcast Advertising (NASDAQ:CMCSA) announced the launch of a new initiative called 'On Addressability,' the broad goal of which is to help the industry deliver a ...
BTR Staff
Jun 19th, 2019

All eyes on ad tech

ABI Research has reported that despite ongoing consolidation in the advertising technology market, growth continues overall as spending on digital advertising ...
Monta Monaco Hernon
May 20th, 2019

As it has for the last several years, streaming video dominated the technology topics at the 2019 NAB Show in Las Vegas. This year the focus centered around refining both processes and experiences ...
Ron Hendrickson
Apr 16th, 2019
Ad Insertion

Comcast Cable Advertising (NASDAQ:CMCSA) says it has launched the next phase of Blockgraph, an industry initiative intended to create a ...
BTR Staff
Dec 26th, 2018

In 2018, cable operators continued to shift their message to demonstrate that while their video business is still an important component, they are strengthening and promoting broadband Internet services to ...
Monta Monaco Hernon
Dec 15th, 2018