In the drive to meet bandwidth demand, the fiber space is in an era of unprecedented technological change. MSOs need to understand the shifts underway and the tools they can use to design, install and maintain fiber networks and data centers. These tools include test. Let's take a closer look at the challenges of test, techniques for success and how to choose equipment that will help organizations to meet the challenges of the future. 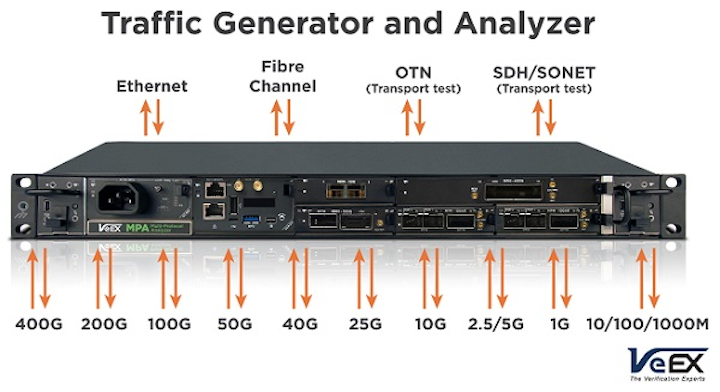 There was a time operating a cable network was straightforward: Maintain the local network, feed outside programming into the headend and leave data transmission to the telcos. Today's cable MSOs are not just serving multiple systems, they are serving up multiple services: premium Internet, vast libraries of on-demand content and direct links to over-the-top (OTT) streaming video services. The installed coax plant is not going away anytime soon, but the cable network model is changing. In a move to achieve higher data rates, increase port counts and lower cost per bit, the cable network is modernizing its fiber footprint, with MSOs pushing fiber out toward the end user. At the other end, cable operators are increasingly adopting the data center model, either explicitly or following the trend of headends re-architected as data centers (HERDs).

Of course, all this is easier said than done. In the drive to meet bandwidth demand, the fiber space is in an era of unprecedented technological change. MSOs need to understand the shifts underway and the tools they can use to design, install and maintain fiber networks and data centers. These tools include test. Let's take a closer look at the challenges of test, techniques for success and how to choose equipment that will help organizations to meet the challenges of the future.

Bandwidth demand has pushed Ethernet development into a hockey stick curve. The IEEE took 35 years to develop and ratify six Ethernet standards (10 Mbps through 100 Gbps). Currently, an additional six Ethernet standards have either recently completed development or are in their final stages (see Figure 1). Although some time is likely to pass before these standards see broad deployment, cable MSOs need to prepare now to keep up with bandwidth demand and provide modern services that will enable them to remain competitive.

For many years, the primary modulation format was on-off keying, or non-return-to-zero (NRZ) modulation. In an attempt to increase bit rates without resorting to the complexities of coherent modulation, the industry has moved toward four-level pulse-amplitude modulation (PAM-4) keying (see Figure 2). The approach delivers double the bit rate compared to NRZ modulation. On the downside, doubling the number of amplitude levels decreases signal-to-noise ratio, making accurate detection and demodulation more difficult. This factor increases the importance of compensation techniques like forward-error correction, which¾again¾add cost and complexity to the network.

Just doubling the data rate through modulation is not enough to realize the new Ethernet rates, however. Transceiver manufacturers have followed the computer industry in achieving better performance through modular reuse of existing technology. A 400-Gbps module, for example, can be realized using 16 lanes at 25 Gbps or eight lanes at 50 Gbps (see Figure 3).

The size of optical modules adds another practical concern. Particularly in the data center, maximizing faceplate density is essential. This has led to the development of a number of new form factors for optical transceiver modules (see Figure 4). Although the classic small form-factor pluggable (SFP) and the quad small form-factor pluggable (QSFP) packages remain the workhorses of the industry, new form factors have been designed specifically to support the new high-speed protocols. Emerging form factors include a new compact form factor (CFP8) that supports 16 lanes of 25 Gbps transmission each (for a 400 Gbps port rate) and a double-density version of the QSFP (QSFP-DD), that delivers eight lanes at 50 Gbps (400 Gbps). The latter module has dimensions similar to those of a 100G QSFP28 and is backward compatible with QSFP28 ports.

Amid this ever-evolving technology landscape, cable MSOs still have to design and build networks and keep them running. That requires equipment that will support functional testing and monitoring, even as protocols, modules and form factors change.

Testing for cable operators falls into three basic categories: system verification at the testbed level, system installation and integration, and system monitoring. Building a new network starts with designing and validating the system. Testbeds need to be evaluated in an environment that simulates real-world conditions to demonstrate performance and interoperability. During deployment, teams need to perform acceptance testing on equipment and then verify network /data center performance using simulated traffic. Finally, the functioning network needs to be monitored on an ongoing basis to ensure quality of service. Let's take a closer look at the key test operations involved.

Transceiver Module Verification. Pluggable transceivers need to be evaluated prior to deployment to ensure that they meet specifications. Key characteristics include bit error rate (BER) performance and optical power level, both in terms of output and received power. The programming and read-write operation of the MDIO and I2C registers should to be verified. It is also important to check input power tolerance and the overall power consumption of the module. Finally, the clock generation and offsets of the high-speed lanes need to be evaluated.

The PCS is the top level of the PHY layer. It repackages the raw data of the PHY layer to interface with the media-independent interface. Verifying the PCS includes checking lane skew/latency, lane misalignment and lane swapping.

The process of validating the Ethernet/IP layer includes checking key performance indicators like throughput, frame loss, latency and jitter, as well as frame-size (MTU) performance. The RFC 2544 and Y.1564 industry standards specify the parameters subject to test and the protocols for evaluating them.

In addition to the layer-specific tests, error/alarm response should be evaluated for both PCS and Ethernet/IP.

The biggest challenge in this testing is effective traffic simulation and measurement. Recall, the IEEE already has six Ethernet standards in place. The 400G Ethernet standard, one of the six new standards, was ratified in December 2017; in fact, only IEEE P802.3cd (for 50 Gigabit Ethernet, multimode 200 Gigabit Ethernet, and a new "cost effective" version of 100 Gigabit Ethernet) remains to be completed of the new six. Effective testing of connections based on new and "original six" Ethernet requires accurate and consistent traffic simulation at the data rate of interest and accurate, high-resolution measurement of the results. This is particularly important given that most networks use a mixture of transport technologies and data rates, depending on the specific data transport task underway (see Figure 5).

Service disruption time (SDT). The days of customers being limited to either their cable channels or the neighborhood video store are long gone. If service cuts out during an episode of Westworld, today's viewer can easily switch off the TV and stream directly into their tablet¾and potentially never turn the TV back on. To retain customers, cable MSOs absolutely have to be able to assure network availability.

The test process starts with characterizing the service restoration time for the equipment in the aftermath of a failure event. This involves verifying reset times of components, transceivers and systems. It includes details like microcontroller firmware reboot to clock data recovery. Perhaps more relevant in this context is the summation of the total restoration process. This information needs to be established for all port rates and protocols in use.

The new network paradigm, coupled with rapidly changing hardware and protocols, puts special demands on network operators and the test equipment they use. Engineering and operating the systems is difficult enough¾test equipment should be able to meet the technical challenges and simplify the process.

For starters, equipment must be capable of testing components and systems at the new port rates and protocols. Optical networking is not a one-speed-fits-all proposition. The optimal data rate differs depending on the function, budget and even age of the network. It's financially impractical to buy separate test gear for each speed. Equipment must be multifunction so that it can be applied throughout the network as required.

Similarly, the equipment needs to be able to accommodate multiple pluggable form factors. The ideal platform is built around pluggable modules that enable new features and ports to be added when required. This "pay-as-you-go" approach enables test equipment to adapt to the evolving technology.

Finally, ease-of-use should not be underestimated. Easy configuration speeds set up. Automated test increases repeatability and reliability of results. Installing and maintaining the network may be challenging but the test aspect of it does not have to be.

From software to hardware, protocols to optical modules, the data communications industry is in a radical state of flux. New business models are forcing cable MSOs to become data-center operators. The new hardware and software trends demand the availability of flexible instrumentation to support new product development and network operation. Existing test equipment toolboxes need to be refreshed to be able to support the new technologies that are being deployed. Although the new high-speed network protocols may not see broad adoption immediately, cable MSOs need to prepare for the future. The right test equipment will help them do just that.

Midco is expanding the reach of its broadband services to areas of Minnesota that are unserved or underserved, with financial assistance from the state. Midco has been awarded ...
BTR Staff
Jan 24th, 2020

Grain Management has completed its acquisition of a majority interest in Summit Broadband from Cable Bahamas. Terms of the deal, originally announced in August ...
BTR Staff
Jan 24th, 2020