This article – the last of a four-part series on WDM, fiber deep and Node+0 – reviews the factors network planners should consider as they embark on the evolution toward such architectures. 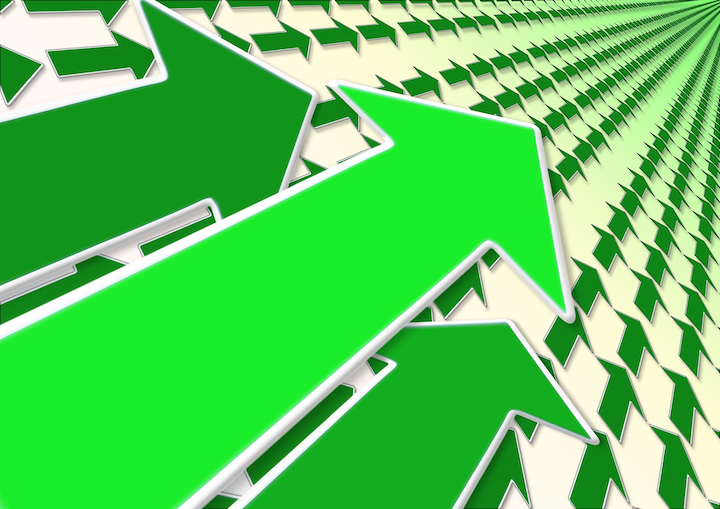 Use of wavelength-division multiplexing (WDM) can enable cable operators to leverage existing fiber to support their fiber deep and Node+0 deployments. But evolving legacy networks to Node+0 takes careful wavelength management planning, particularly as the number of homes served per node decreases. This article – the last of a four-part series on WDM, fiber deep and Node+0 – reviews the factors network planners should consider as they embark on the evolution toward such architectures. The previous articles in this series provided background information on WDM and fiber deep and information on WDM component technology and multiwavelength transmission choices and impairment factors.

What are some design and component choices as we migrate a 400 HHP/node (households passed per node) down to 64 HHP/node? See Figures 1a and 1b. 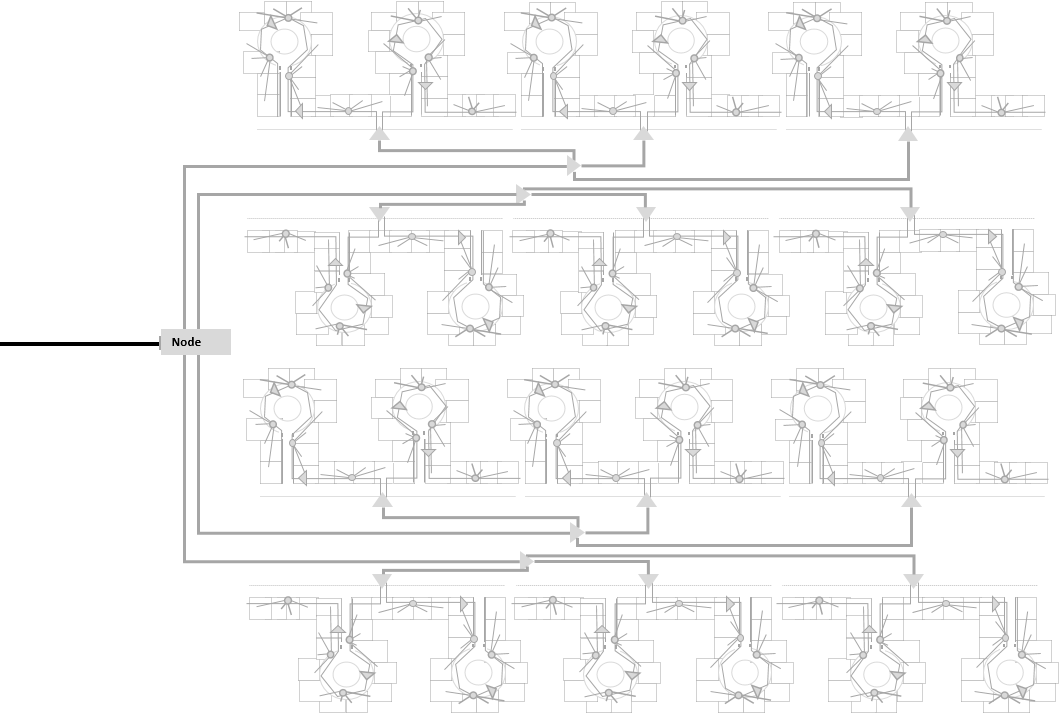 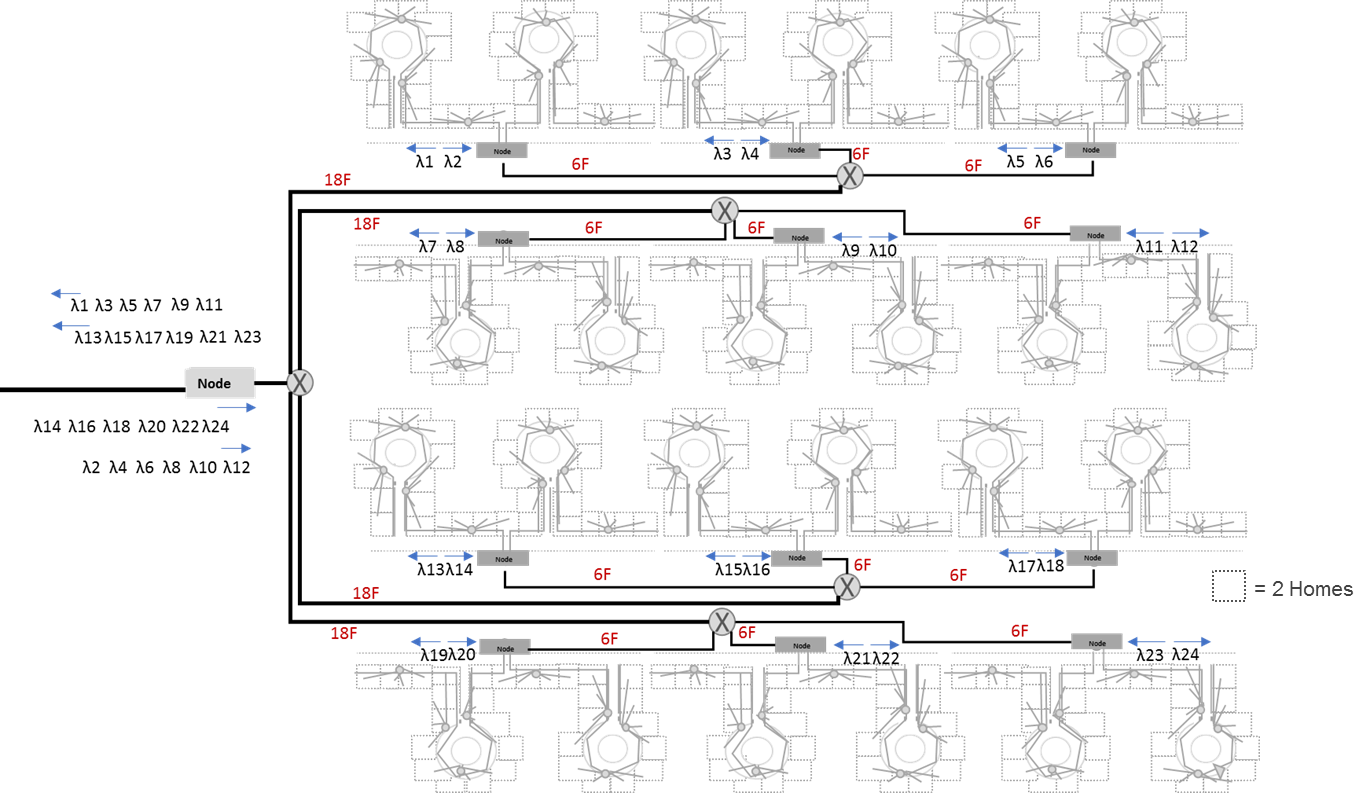 Figure 1b. 64 HHP/node, node+0.In Figures 1a and 1b, the migration path from 400 HHP/node down to 100 HHP/node was designed to be supported by 12 nodes instead of one. The legacy node or node location is known as the “parent” node with the other locations known as the “child” nodes.

The design will use 24 wavelengths with a pair of wavelengths supporting each node. Six fibers per node will be used to support the Node+0 architecture and to support future requirements.

Management of the wavelengths in the outside plant requires strategic product selection. In the example shown in Figure 1b, the former node location is changed to a wavelength distribution point. The distribution of wavelengths can be done in a fiber deep node or a local convergence point (LCP).

Using the node as the distribution point for wavelength management is shown in Figure 2.

For the mux and demux the nodes typically use modules that concatenate filters together that are shown in Figure 2. In many cases, an MTP connector or another array connector is appropriate. The connectors have 4, 8 or 12 fibers in an array-type format.

Applying this selection to our migration design in Figure 1b gives us the node configuration for deploying 24 wavelengths. Note: There are 24 active fibers going to the splice closure, as shown in Figure 3.

The node configuration in Figure 3 will require two cable assemblies, each with two MTP connectors to interface with the mux/demux modules. The assemblies deliver 24 wavelengths to and from a splice closure, which serves as the point where the wavelengths are delivered to and from the child nodes.

The first three nodes are spliced in the tray as shown in Figure 3. In this type of configuration, the designer needs to carefully match the fiber count to the splice tray. If 24 fibers are being spliced, a tray that can support 24 or more fiber splices is required. Mismatches that are lower than 24 can yield to “tray jumping,” which complicates splicing and managing fibers.

In this architecture, the parent node is an outside plant location that will use CATV node assemblies, cabinets, closures and WDM cassettes in either an interconnect or cross-connect design. The designer must choose between these two designs, each presenting pros and cons.

Using an LCP with a cross-connect and applying this to our migration design in Figure 1b gives us an LCP configuration for deploying 24 wavelengths. Note: There are only two active fibers going to the LCP, as shown in Figure 5.

Now, let’s explore cabling options from the parent node or LCP location to the subscriber, using as ab example a scenario in which we migrate a 400 HHP/node down to a 64 HHP/node (see Figure 6). 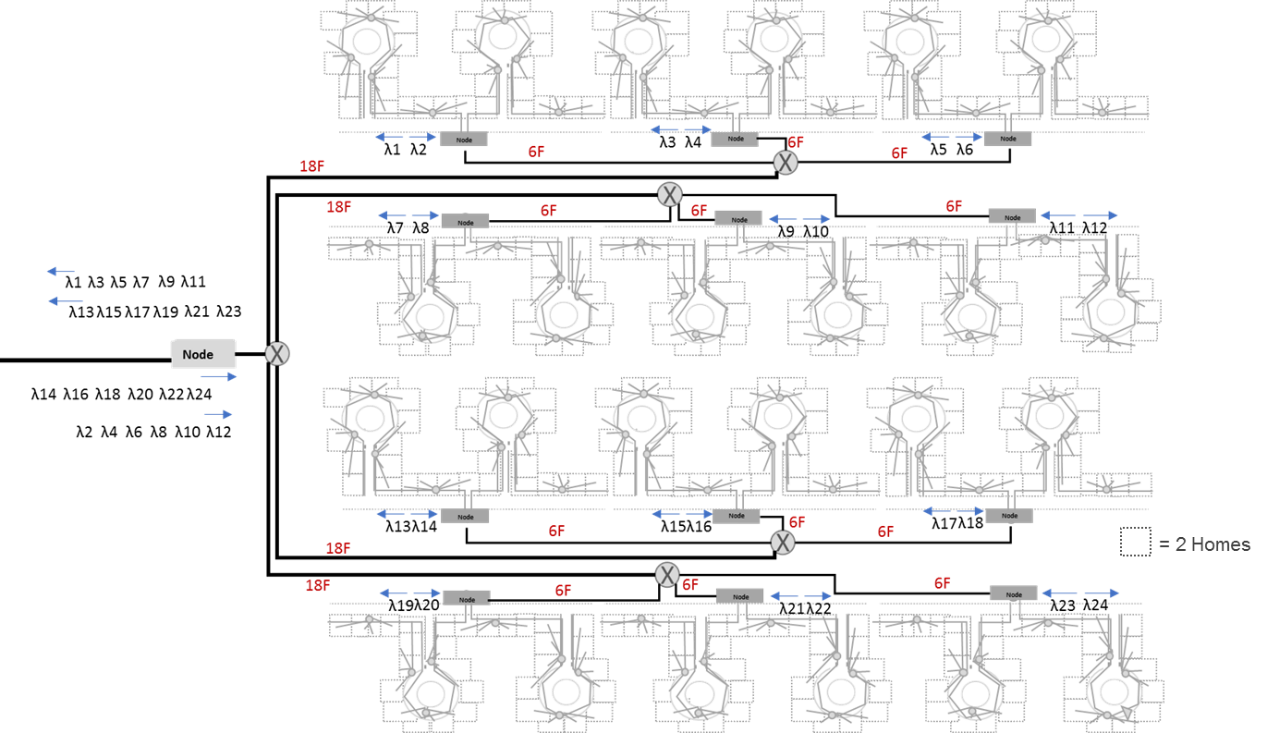 In Figure 6 the migration path from 400 HHP/node down to 100 HHP/node was designed to be supported by 12 nodes instead of one node. Cabling from the parent node to the child nodes will use 24 wavelengths, with a pair of wavelengths supporting each node. Six fibers per node will be used to support the Node+0 architecture and to support future requirements.

There are three methods that can be used to cable this distribution part of the network: linear chain, clustering and factory-installable termination system.

As shown in Figure 7, the linear chain architecture employs a standard node assembly length and requires many splice points.

To reduce the number of splice points, a “clustering” architecture can be used as shown in Figure 8.

In a “clustering” architecture, the splice points are converged or centralized to one location. Clustering eliminates splice points but requires the network designer to manage node assemblies of various lengths.

The last architecture is called a factory-installable termination system (FiTS), as shown in Figure 9.

In a FiTS architecture, all splice points are eliminated by using a factory-terminated, pre-engineered cable assembly. FiTS systems can be designed to support an MSO’s strategic migration to a fiber-to-the-home network, as shown in red in Figure 10.

When cabling the distribution part of the network, knowing the endgame is key to the design (see Figure 11).

Understanding the final migration plan enables the designer to build fibers into the network design today, supporting current requirements and enabling the connected experiences on our horizon.