Entering 2019, most cable operators are either planning out their adoption strategies or actively migrating to a distributed access architecture (DAA) that will allow them to push fiber deeper into their network and ... 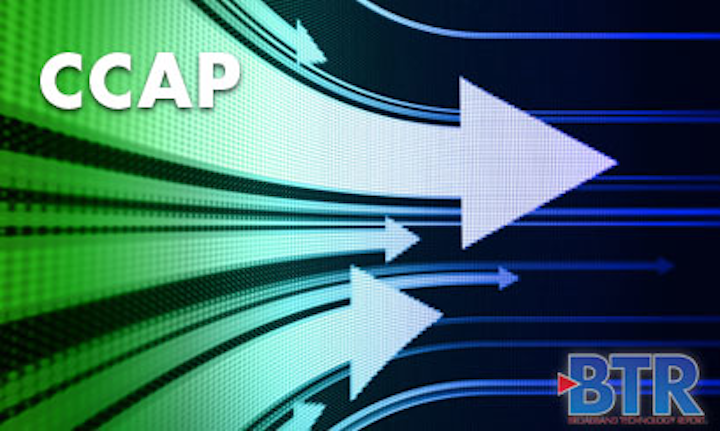 Entering 2019, most cable operators are either planning out their adoption strategies or actively migrating to a distributed access architecture (DAA) that will allow them to push fiber deeper into their network and realize business-enhancing performance and operational benefits. But some of these infrastructure migration initiatives are facing setbacks due to lingering limitations around encryption licensing and interoperability associated with the installation of CCAP video cores.

Migrating video streams previously handled by edge QAM resources to a CCAP video core is in most cases a prerequisite to moving to a distributed architecture. But limitations around the encryption capabilities of CCAP video cores are threatening to delay the move to DAA, as well as the resulting benefits. Overcoming this roadblock, at least until some of these issues are ironed out, requires a QAM-to-IP video engine, also known as an RF R-PHY gateway, that allows operators to leverage already in-place edge QAM resources to pass encrypted video to IP-based CCAP video cores, which then feed the encrypted video streams to R-PHY Devices (RPDs) through the Converged Interconnect Network (CIN).

A QAM-to-IP pass-through solution also saves MSOs time and reduces complexity by allowing them to proceed with DAA migrations without having to integrate and reconfigure muxes and broadcast lineups in the CCAP video core. Instead, cable operators can continue to use existing back-office tools, systems and procedures. And by enabling MSOs to sidestep encryption issues associated with CCAP migrations, an RF R-PHY gateway provides cable operators with greater freedom in the selection of a CCAP supplier by eliminating the potential of compatibility issues between the CCAP and installed base of set-top boxes.

Not only does the RF R-PHY gateway provide MSOs with the opportunity to migrate to RPD-based nodes while they build out their CCAP video cores, it can also serve as a substitute for a full-blown CCAP video core for cable operators that are likely to transition their video services to IP in the near future. This is a particularly attractive option for MSOs with fewer QAM input-only legacy set-top boxes in the field and that are focusing their DAA transformations on data delivery components, like a CCAP-based CMTS that facilitates both data and IPTV video delivery via DOCSIS. In these instances, the RF R-PHY media gateway offers a cost-effective alternative to building out a CCAP core. The RF R-PHY video engine would function as a transitional CCAP video core, delivering RF QAM video services from existing edge QAMs directly to the CIN and RPDs (with DEPI encapsulation). In-service edge QAMs and the stand-in video core could then be decommissioned as soon as the MSO is in a position to cost effectively replace or eliminate all QAM-based set-tops in its network.

Moving to a distributed architecture for most MSOs means reaping significant cost, performance and complexity benefits associated with the replacement of RF and analog optic-based transport links with high-speed digital transport links and the pushing of the optical-to-RF conversion deeper into the network. Digital links between headends and RPDs will drive performance and capacity increases by accommodating more wavelengths over longer distances. Similarly, cable operators can deliver better performance with less complexity through the coaxial portion of their networks by reducing or eliminating the number of amplifiers at the far end of their infrastructures. But these and other benefits associated with a migration to DAA remain outside the grasp of MSOs that are currently beset by CCAP video core encryption issues.

By solving those issues, a RF R-PHY video engine offers the innovation that will enable MSOs to start enjoying the benefits of a distributed architecture today.