From Virtual to Actual: Network Realities of VR

Virtual reality (VR) and augmented reality (AR) are generating a lot of buzz in the industry and among consumers, but turning them into actual reality can be expected to seriously impact network capacity and design. 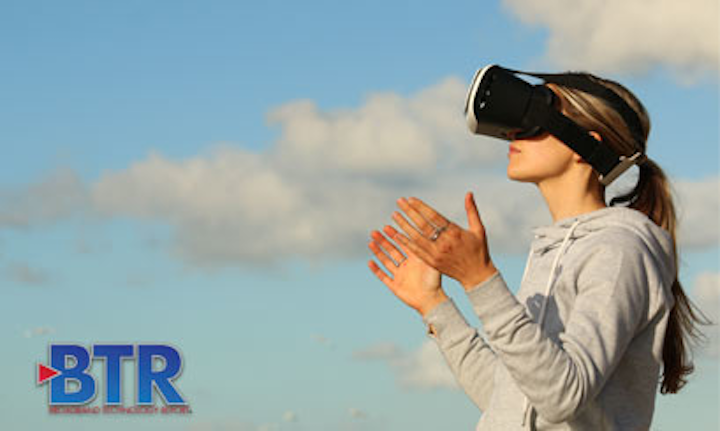 From Virtual to Actual: The Network Realities of VR

Christmas is coming, and the airwaves are filled with holiday commercials, tempting people to buy more, spend more for the holidays. This year, one of the advertisements shows gatherings of people, around the decorated tree, for example, wearing virtual reality (VR) devices and exclaiming with glee about whatever it is they are experiencing.

(By the way, it leaves us wondering what they are watching, and my 85-year-old father perpetually perplexed about what the heck they are supposed to be doing, because - really - how do you advertise VR on a 2D medium?)

So the buzz has hit the consumer marketplace, and talk of the applications that VR could bring to our actual reality are flying faster than Santa's reindeer. But what of the necessary power behind it all? Are the various networks ready to deliver more than a promise on Christmas Eve?

"The idea of being immersed in an alternate reality is very exciting. It conjures up images of the Holodeck from Star Trek," said Loudon Blair, senior director, corporate strategy office, Ciena (NYSE:CIEN). "I think where I don't see a lot of information published is where we talk about how to enable this …. I feel like we are at a very early stage in something that is going to be amazing."

Today, to be truly immersed in an alternate environment one has to be tethered to a powerful computer, Blair said. "What we truly want is to be able to go anywhere and take the capability in the mobile sense. 5G will be really important to take VR to the next stage."

To make for a really great VR experience, the viewer needs to not be able to see pixels, and the images have to be refreshed rapidly. The human brain will be confused if it expects the image to move in a certain way and it does not.

"This has got to have a lot of processing power and feel like a real-time environment," Blair said.

For a near-pixel-less situation, the headsets need UltraHD feeds, and 16-24 images must be delivered to get a sense of participation. Consider also that the VR application likely won't be the only one running in a house with multiple connected devices.

"This is going to blow up our bandwidth capacity demand," Blair said.

For their part, cable operators will need to be able to support the latency and delay requirements necessary for real-time interaction, as in a gaming application. The Internet was designed to support connectivity, and now is evolving into a consumption tool, with projections indicating that 90% of traffic will be video or video formatted by 2020, Blair said.

Edge computing is taking data center capability and pushing it out toward end users so that there isn't far to go to pull in resources. "What you are starting to see is the Internet develop and change to accommodate real-time applications," Blair said.

WiFi will play a role too, particularly with mixed reality applications. In a hospital with a dedicated fiber connection and high-speed WiFi, a doctor might be able to use VR to view multidimensional MRI images, overlaid onto the body of the actual patient. "WiFi is going to be a very powerful tool," Blair said.

Overall, VR will have an evolutionary timeline. The commercials on television now are advertising the beginning stages of something that will only get better, Blair said. The super immersion high-def, totally interactive VR experience needs gigabit rates, and millisecond type latency.

"A massive buildout is required to make this ubiquitous," Blair said. "There is clearly some longer term coolness to this."