Whether it be in wireless or broadband, data usage and speeds continue to be front and center as some of the bigger MSOs round up the third quarter. Comcast ... 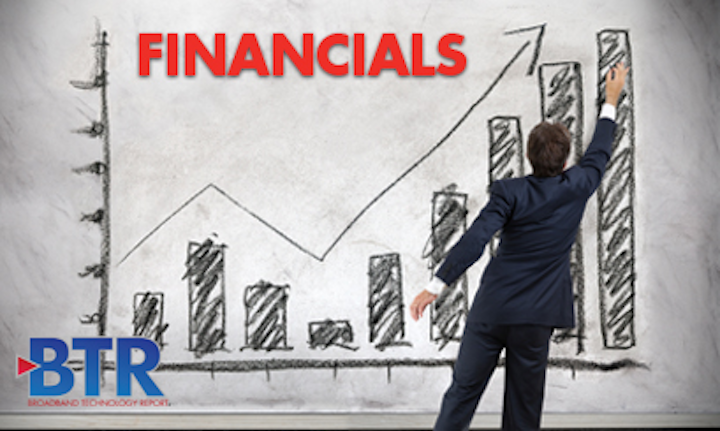 Whether it be in wireless or broadband, data usage and speeds continue to be front and center as some of the bigger MSOs round up the third quarter.

Comcast (NASDAQ:CMCSA) Chairman and CEO Brian Roberts opened his discussion by pointing out four things that stood out to him during the quarter: strength in broadband, continued popularity of premium content, strong global footing thanks to Sky, and how these three things combined put Comcast in a position to compete, including in streaming video.

Monthly data usage for Comcast customers doubled in the last three years with "power users" connecting 20 devices in the home daily. "The cable team has done a tremendous job redefining broadband by expanding the basis of competition beyond speed to also include coverage and control. With these three pillars - speed, coverage and control - our xFi experience is resonating with customers," Roberts said noting that Flex offers a newer fourth pillar - streaming.

"It's a wonderful product, and now we are providing it to our broadband-only customers for free," Roberts said.

At Sky, there will be a similar playbook, Roberts said, namely using xFi to differentiate the experience for the company's broadband subscribers in Europe, starting with next year's launch in Italy.

Charter Communications (NASDAQ:CHTR) had a net gain of 310,000 customer relationships during the quarter, with customer growth at 4% over the last 12 months. The company added 380,000 Internet customers during the quarter bring the total over the last year to 1.4 million. "We offer high quality products packaged with good service and attractive pricing, which is our core operating strategy," said Tom Rutledge, chairman and CEO, Charter.

Approximately 85% of Charter's residential Internet customers receive 100 Mbps and higher speeds, and recently the company raised its minimum spectrum Internet speed from 100 Mbps to 200 Mbps in a number of additional markets. About 60% of Charter's footprint has access to a minimum of 200 Mbps, up from 40%.

In mid-October, Charter launched its advanced in-home WiFi in Austin, TX. "Given our network, software operating platform and top-rated sub support tool, we're in a unique position to provide enhanced security, privacy and control over all IP devices in our customers' home(s), easily managed by customers in a single app, while simultaneously delivering a superior customer experience through better in-home WiFi coverage and managed WiFi solutions through dynamic band switching and channel optimization within bands," Rutledge said, noting that the product will be rolled out over time to the entire footprint, with additional markets to be announced in late 2019.

Rogers Communications (TSX:RCI.A) President and CEO Joe Natale led with wireless, noting that Q3 was the first full quarter after the "fundamental" shift to Infinite plans with unlimited data. "I am pleased to report that Infinite adoption is three times the rate we expected, and we now have 1 million subscribers on these plans."

"The launch of unlimited data is fundamentally changing how Canadians use their wireless services and how operators drive sustainable growth economics into the long term," Natale added.

The move to unlimited was made to stimulate data growth, Natale said, noting that overage charges have led to Canadians becoming increasingly afraid to use data. "Data consumption in Canada have fallen to one-third the U.S. average and the bottom quartile of the most advanced global markets in the world. Overall, this dynamic was both unsustainable and limiting to our future with 5G."

Since the move, Rogers mobile customers are using over 50% more data, and the likelihood of recommending is roughly 30% higher. "This represents an unprecedented lift in this very important metric," Natale said.